Thanks to Glen N (Patzcuaro/Austin) we now have a new home for barn owls.  And thanks to Max, Hugo, Francis and Lucky Lucy the dog for helping me with this project. 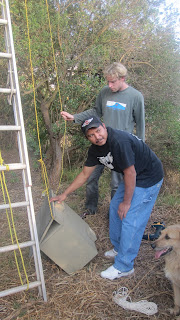 As of January 23, there are still at least two barn owls living under the bridge to Jaracuaro.  I couldn't determine if the third one is still there.

When the next brood of owlets are looking for a new home, there's one to be had nearby at Arocutin's commune.  Mil gracias for the commune's residents who readily agreed to let me place the nesting box on their property.  BTW, Max is a resident of the commune, is finishing a PhD, and is a very proud father of a less than month old daughter.

We'll monitor the nesting box and let you know if/when barn owls use it. 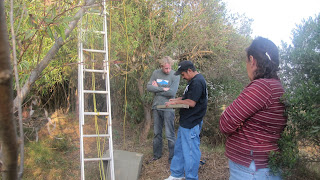 Getting ready to hoist the heavy bugger up this tree.
And here we go, documented by the following photos
Hugo and Max did most of the hoisting.  I took photos and Francis took notes. 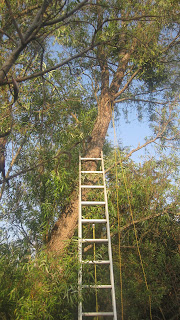 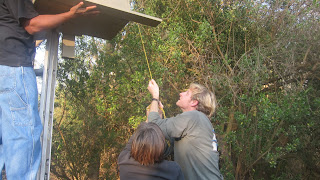 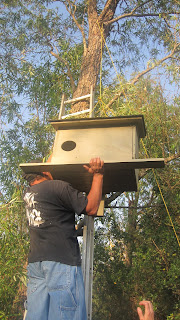 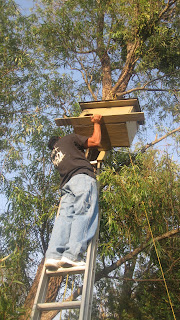 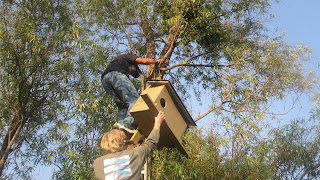 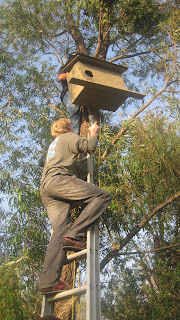 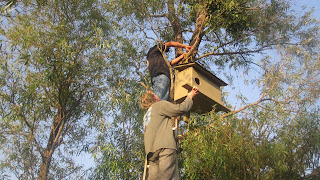 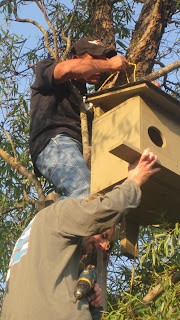 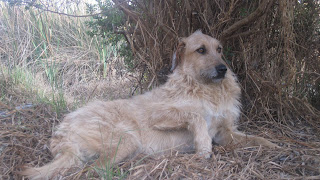 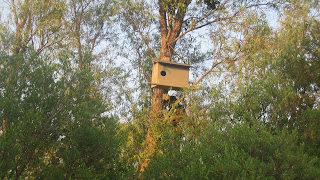 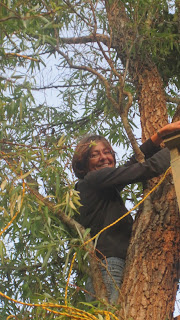 Climbing high, I was allowed to remove the ropes.  From this vantage point, I took the next photos .  What a view from the nesting box!  The smile on my face is an indication of how much fun it was, especially since I didn't have to hoist the bugger up the tree. 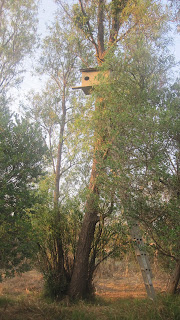 This photo shows where the box was placed in the tree. 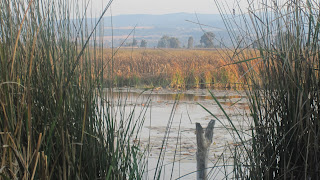 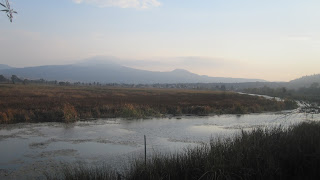 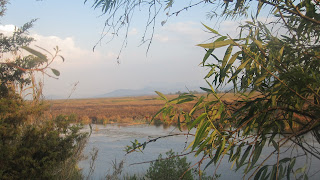 Georgia, the Barn Owl Box looks great !! I look forward to hearing that it is occupied and producing a family. Congratulations on getting it installed. I especially would like to know if the barn owls use the roost/step on the front of the box for "hanging out" at the box or just fly in and out the entry hole.
Glen N