RV birders? What the heck!

It never occurred to me that there would be carvans of people traveling around Mexico to see birds. However, after I thought about it awhile, I realized that my birding friend Sam Woods leads birding by bike trips for Seattle Audubon Society so why not RV birding.

In any case in January, I was contacted by two separate RV groups. The first, led by Bert Frenz, visited Patzcuaro January 22 and 23. Soon thereafter, the second group from Quebec arrived and Victor Hugo and I spent a lovely day with Rachel and Jacques Pepin.

I believe both groups found me via BirdingPal.org. It's a great way to connect with birders around the world.

You may want to check out Bert's detailed account of their adventures on: http://www.bafrenz.com/birds/Belize09/MEX2009-C4.htm

He talks about a hybrid towhee found in this area: a hybridization of a Collared towhee and Spotted towhee. Most often we find the hybrid; only occasionally do we find either of these towhees as pure breeds. Here is a photo of the hybrid, thanks to Bob Whitlatch of Boise:

Although Bert has visited Tacambaro on previous RV tours of Mexico, I introduced him to Arroyo Frio and Rio Corucha, both south of Tacambaro: 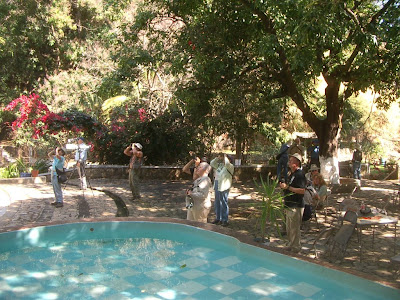 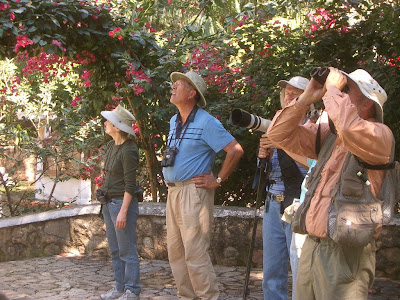 I also took him to Cerro Burro, a spot he often has passed but never explored.....the hybrid towhee is often located before heading uphill. 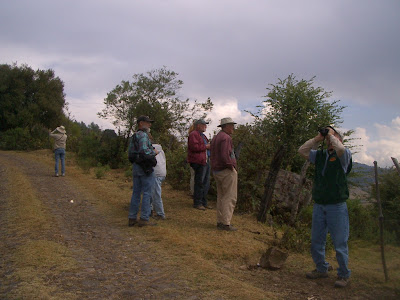 Posted by Georgia Conti at 9:09 PM