By happenstance, I discovered a Broad-billed hummingbird nest in the yard. It did not take long for an egg, then a second egg, followed by one hatching, then the other. Before 3 weeks had passed, both birds fledged. Check out the following photos....... 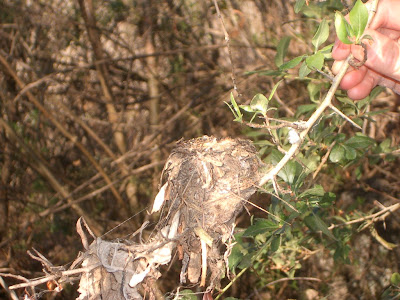 One day after hatching: 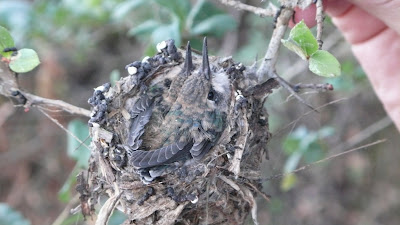 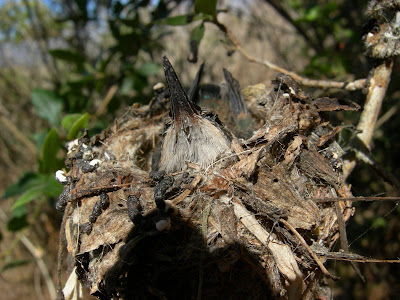 The first born was always larger and the first to fledge: 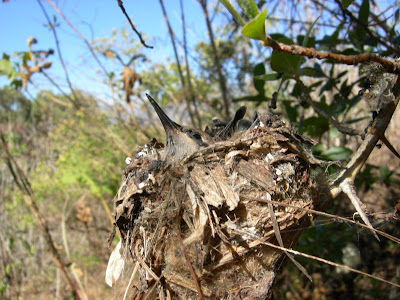 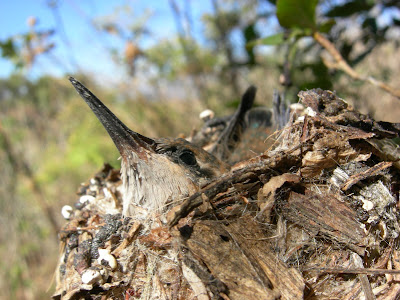 There is a second bird in the nest: 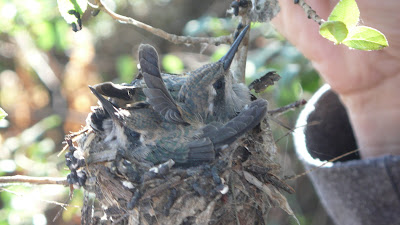 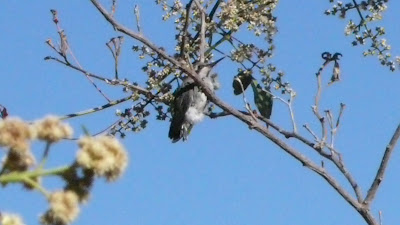