Years ago my husband and I drove through the mountainous pine forests a bit west of the Monarch butterfly sanctuaries. Although my Mexican friends told me about this geothermal park, nothing was written in any of the guide books at that time. Our curiosity prompted us to explore...and so we did. Los Azufres was lovely, especially sitting in a steaming hotspring for several hours, and I've been wanting to return ever since.
Thanks to a prompting by Mike Judd, three of us left Patzcuaro early September 17. We drove through Morelia's morning traffic snarl, took the autopista east and exited at the Los Azufres sign. We made a few stops (in the town of Jerahuaro) before climbing into the mountains. The woods were eerily silent, and we weren't able to coax a single trogon in. Nor anything else.
Near the crest and just before a CFE power plant, we managed to find La Gachupina, a presa (dam) that is also an ecological park. We spent most of our time combing this area. 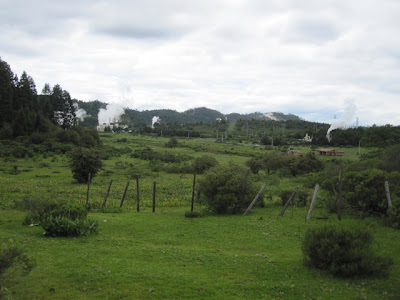 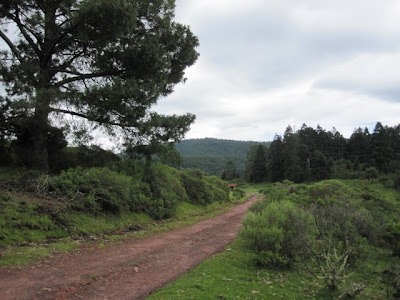 The most amazing bird of the day, as least for me, was a very vocal Green violet-ear. It was territorial and vocalized non-stop. Amazing views, and I kept thinking "Too bad Bob from Boise isn't here with his camera." 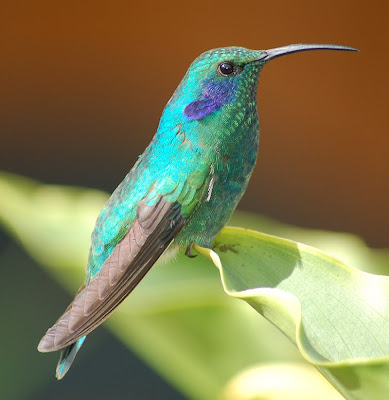 We also studied a woodpecker for quite awhile. It's bill was very small, like a Downy's. According to Howell and Webb, Downy's are not a Mexican species. Unfortunately, by the time we retrieved our cameras, we were not able to relocate the bird to photograph it. Thus, we reluctantly listed it as a Hairy.
Hearing the rumblings of our bellies, we sought lunch at Adelita's. The meal was good, another eating establishment to remember for future trips. 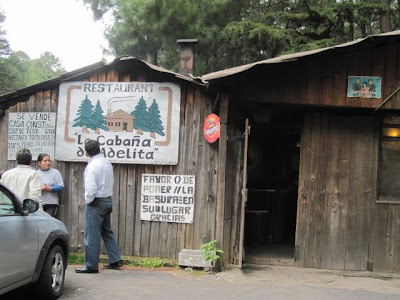 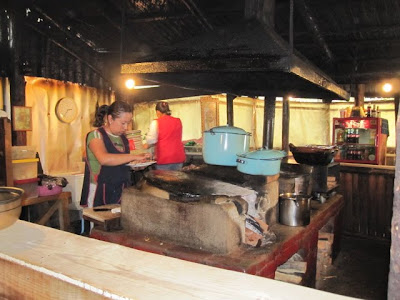