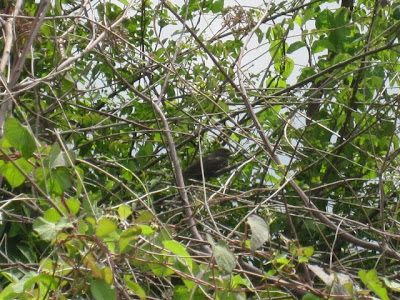 The juvenile ani just after being fed by a Banded wren
It's true. The more time I spend in the field, the more I see and learn.
In late August, Mike Judd twisted my arm ever so gently to take his wife Cheri and two visiting birders to some of my favorite spots. The visitors turned out to be the executive committee of the Transylvania County Bird Club (Brevard, North Carolina) - Michele and Marvin Barg. 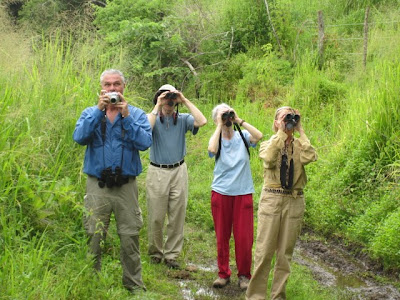 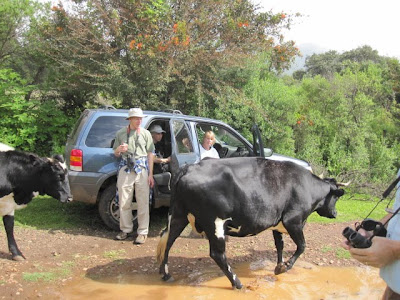 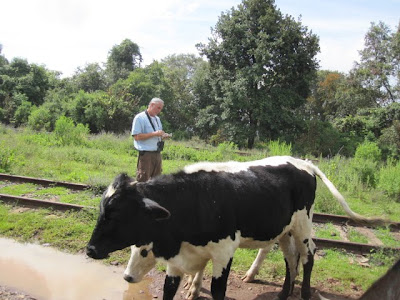 Company of the non-bird type at La Estacion 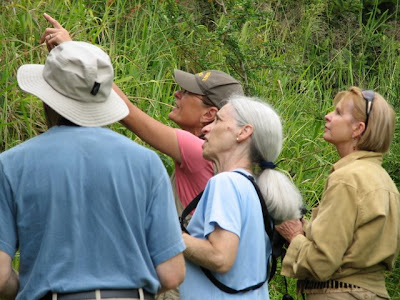 While birding Rio Corucha, just south of Tacambaro, on August 24, we saw a Banded wren slinking along the side of the road. Even though h/she wove in and out of the brush, we had good looks at the bird. Calling nearby was a large, blackish juvenile bird: a baby Groove-billed ani. Imagine my shock when the wren deposited food into the mouth of the ani. It was one of those moments when my mind kept reviewing all the field marks of both birds and I couldn't stop the words coming from my mouth...."Look at that wren. What the heck is that baby? Oh my, there it goes feeding that monster. Did you guys see that?" Mike says it was more fun watching me get excited than seeing the birds....but what can you expect from a social worker and herp lover.
In my life, I have seen plenty of Brown-headed cowbirds being fed by much smaller birds - one time even by a Bushtit! This observation equally shocked me and remains vivid in my memory. It was definitely a puzzling WOW experience.
Later that night I read through all of my books, searched the Web and sent notes to mentors (for example, Dr. Dennis Paulson in Seattle, Dr. Fernando Villasenor Gomez in Morelia, Rene Sada and Adrian Ganem Sada in Monterrey) and posted a notice on Mexico-birding@yahoogroups.com. Tim Brush, University of Texas - Pan American, responded to the post saying he agreed with Dr. Paulson that this was an unusual sighting. All of my sources said there was no evidence of brood parasitism with Groove-billed anis, and I should report it.
So, this blog entry is one of many reports I will be making. 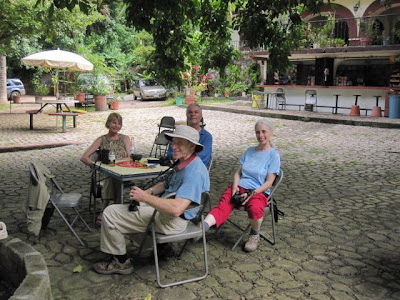 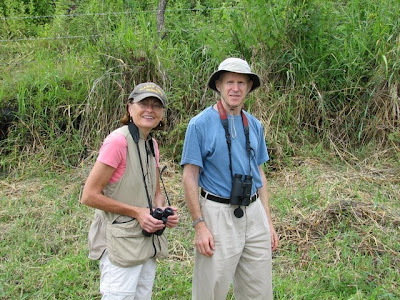 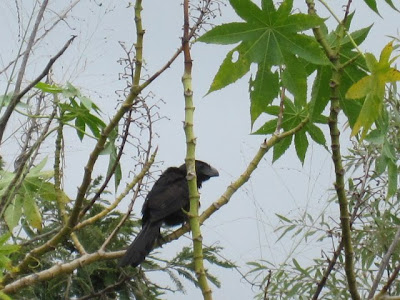 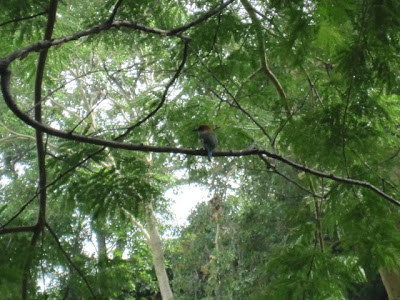 One day I hope to buy a decent camera!

Very interesting to see this written up. We look forward to birding tomorrow.

It is true and IMHO a true mark of a real birder that your reaction is as good or better than the birds themselves! We could not have enjoyed ourselves any more than we did under your expert guidance while visiting Michoacan. Keep the write-ups coming please!